Life expectancy is always an important topic in the world of pensions and financial planning.

Considering how long we might live is an important assumption to make when creating a long-term financial plan. For the purpose of retirement planning, you need to be confident that you won’t run out of money before you run out of life.

In recent months, there has been much speculation that the recent history of rising life expectancy is now slowing down.

New official figures show that life expectancy in the UK has been increasing for a number of decades, until recently.

This was happening until 2011 when the UK, along with several other countries, experienced a notable slowdown in improvements in both male and female mortality.

The ONS reported that, between 2011 and 2016, the UK experienced one of the largest slowdowns in improvements in life expectancy at birth and at age 65 for both males and females, out of the various countries analysed.

The slowdown in life expectancy improvements was observed most widely across the countries analysed for 65 to 79 year olds. Women have been more affected overall by the slowdown than men.

Bucking the trend of slowing life expectancy improvements was Japan, where there has been an acceleration of mortality gains in recent years.

Alan Evans from the Office for National Statistics said:

The slowdown in life expectancy improvements that has been observed in the UK since 2011, is also evident in a number of countries across Europe, North America and Australia. However, the UK has experienced one of the largest slowdowns in life expectancy at birth and at age 65 years for males and females.

By contrast, Japan has come through a period with low life expectancy gains and has recently experienced an acceleration of mortality improvements, showing that even after a period of slow growth in life expectancy, a country may again return to faster improvements.

It’s an interesting time for these figures, coinciding with the latest weekly death statistics for England and Wales which show the eighth consecutive week that the number of deaths has exceeded the five year average.

With some parts of the press attributing the high level of the weekly death rate to the recent heatwave experienced in the UK, what other factors could be contributing to the current slowdown in life expectancy improvements?

According to some work carried out by The King’s Fund last year, two factors which contribute to the life expectancy slowdown are largely uncontested.

One factor is the result of changes in mortality among older people. Put simply, more older people – particularly older women – than expected given historical trends are dying.

Another undisputed factor contributing to the life expectancy slowdown is that flu contributed to excess deaths in some years, notably 2015 and also in 2017. However, the scale of this contribution is still being debated.

Beyond these two factors, views about the underlying factors are hotly contested. Some have put forward the impact of austerity measures as a contributing factor, which includes cuts to NHS funding.

It remains unclear whether the slowdown is a temporary blip or the start of a longer term trend.

As a result of the life expectancy slowdown experienced here in the UK, we have fallen to the bottom of an international league table of life expectancy improvements for women. For men, the UK is now second bottom on the table, with only the US having a worse record.

In the previous six years, the UK was one of the top performers on this international league table.

Commenting on the figures, Steve Webb, Director of Policy at Royal London said:

The UK has slumped from being one of the strongest performers when it comes to improving life expectancy to bottom of the league. There is a real human cost behind these statistics and we urgently need to understand more about why this is happening.

The current extreme summer weather is clearly taking its toll in the short-term, but there are also big, longer term factors at work.

The Government needs to conduct urgent research into these worrying trends. If other countries can ride out economic storms and continue to drive up life expectancy, there is no reason why the UK should not be able to do so.

What do you make of these official figures showing a slowdown in life expectancy improvements in the UK? How will you factor life expectancy into your own retirement and financial planning?

Benjamin Fabi is a technically proficient and accomplished paraplanner. He's a Chartered Financial Planner and Fellow of the Personal Finance Society. 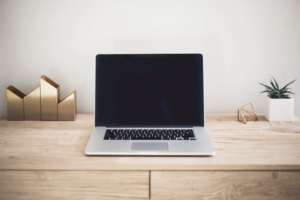 In line with Government advice, the Principled Paraplanning office is[...] 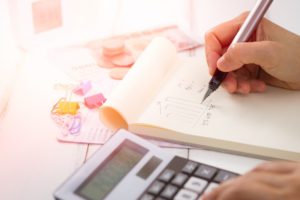 New figures show an increase in the number of people[...] 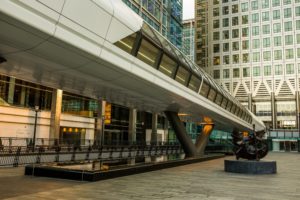 Poor quality of advice in respect of defined benefit pensions[...]

We're currently offline. Send us an email and we'll get back to you, asap.

Let's advance the financial planning profession together Get in touch